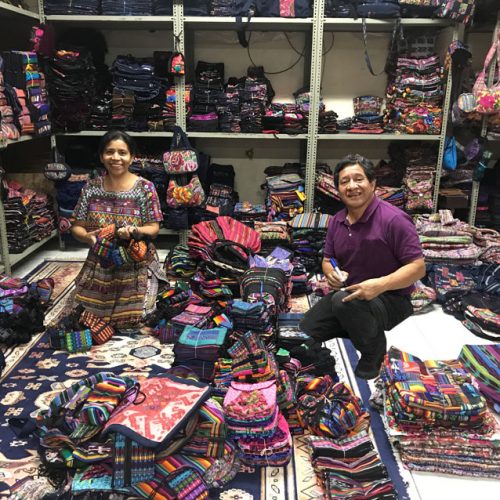 With over 30 years of experience, TOPACA is a designer, producer, and global exporter of Guatemalan handicrafts. We work side by side with our artisans to produce high quality products. Many of which are one-of-a-kind items made out of re-purposed fabric from the traditional Mayan Huipils (Blouses) and Cortes (Skirts). This allows us to contribute directly to the livelihood and sustainability of our artisans’ families and communities.

Our goal is to offer high quality products, direct contact, great service and most important, show and share the beauties of our country with the rest of the world.

Topaca had its beginnings in 1986 with two enterprising, young textile enthusiasts. Both from indigenous families who worked with handicraft-textiles. 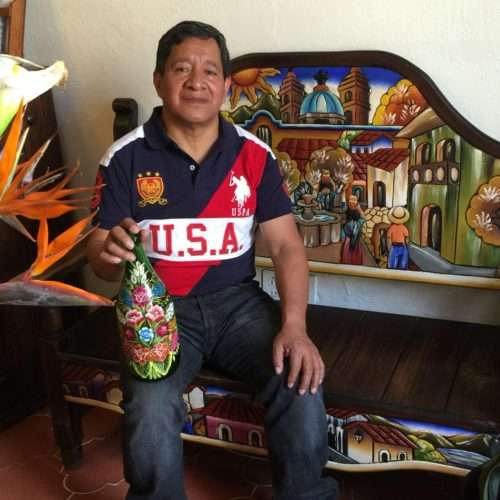 He learned the sewing technique at a young age from his father, in the town of Chichicastenango. He started off by making accessories and was fascinated by the acceptance turist had over his products. After dominating the sewing techniques he moved on to designing and making clothes.

​As a Chichicastenango native, it was to expect that the colorful outdoor markets would influence the quick learning of the profuse weaving and textile traditions of Guatemala.

"Go as far as you can see; when you get there, you´ll be able to see further." 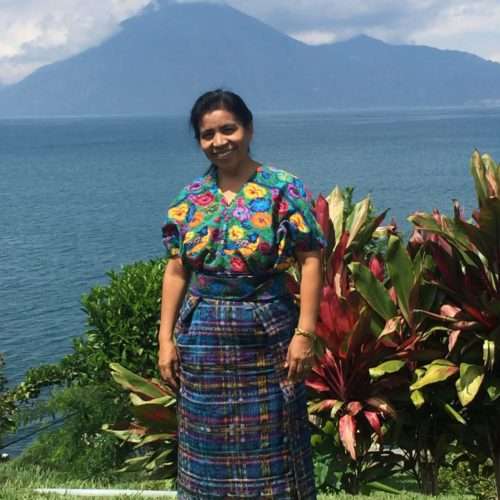 Rosa began her textile odyssey at a young age while living at her birth town; the quiet and peaceful town of Santa Catarina Palopó, located right on the shores of Lake Atitlán. Using a back strap loom to create her own textiles, she developed the ability for color combination and designs that soon enough led to the creation of various items.

It was 1985 when these two artisans met and soon after got married. Although before getting married, they each owned a small stall, it wasn’t until 1986 when TOPACA really began. As a couple they started with a small stand in Chichicastenango market, but little by little were able to expand their business and open a small retail shop of basic souvenirs for tourists.

Soon enough Tomas’s handiwork and Rosa’s eye for color caught the attention of overseas businessmen who wanted to buy their work in larger quantities. Knowing they couldn’t fulfill these large orders on their own, they began partnering with artisans from their home regions: Lake Atitlan and Chichicastenango.

Tomas and Rosa began sending small packages overseas, but they did not count with an official name for their shop, until 1988 when they legally registered under the name of TOPACA and acquired an exporting license

With time their business began scaling and eventually began sending larger packages overseas. Although they continued with their shop in Chichicastenango, they started working together with more and more artisans of their communities.

Their vision took them further and soon their small retail shop became a wholesale shop.  This represented a bigger challenge, but Rosa and Tomas felt prepared and with hard work and an even bigger vision in 1999 they achieved in opening a new shop in the town of Panajachel; a marvelous and colorful town around Lake Atitlan.

Today, after 30 years of hard teamwork, effort, responsibility and dedication TOPACA exports Guatemalan handicrafts to more than 31 countries in 6 continents around the world! From North America to South America, Europe to Asia, Australia, The Caribbean and Africa.

Still located in both towns and kept as a family business; Tomas and Rosa along with their children continue working with more than 500 artisans to offer the best of Guatemala’s handicrafts to the world. Check “Our artisans” to learn more on how this business has offered job opportunities to many artisans of the communities and helped sustain many families.